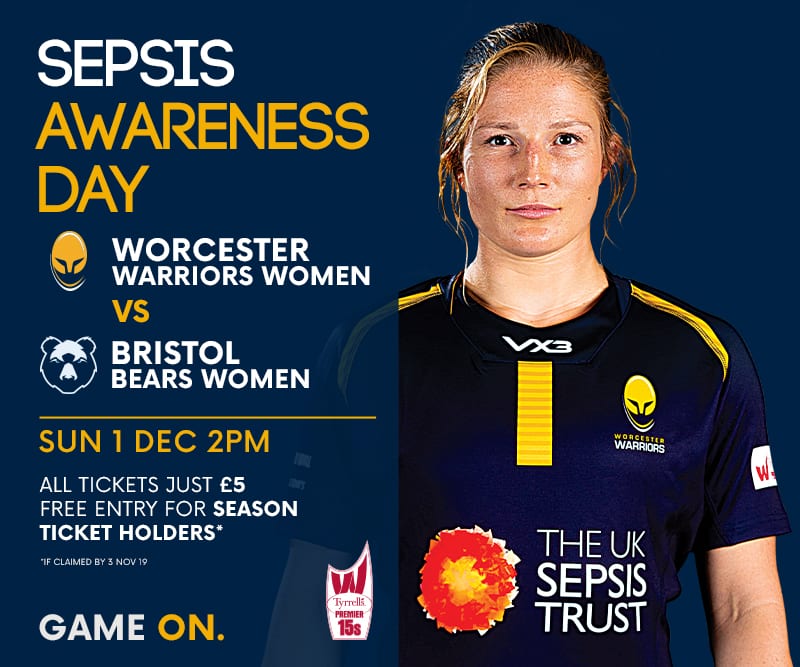 AIM Internet recently announced that we, alongside Sepsis UK, are proud sponsors of Warriors Women for the 2019/20 Tyrrells Premier 15s season. And with Sepsis Awareness Day just around the corner, our website design agency in Dudley thought it was time to take a closer look at Sepsis.

The infection is estimated to affect more than 30 million people across the world every year and according to the Global Sepsis Alliance, the organisation behind World Sepsis Day, one person dies from sepsis every three to four seconds. That’s exactly why Warriors Women will play a match to raise awareness of the life-threatening condition on December 1st.

Warriors Women Director of Rugby Roy Davies said: “Sepsis is life-threatening and life changing and it can be hard to spot – one of our players is a recent sepsis survivor so this is a cause close to our hearts.

Sepsis occurs when the body’s response to an infection attacks its own tissues and organs. It can lead to shock, multi-organ failure, and if not recognised and treated quickly enough, death. When it occurs, it can cause widespread inflammation and blood clotting across the body. As the World Health Organisation (WHO) explains: “Sepsis is the final common pathway to death from most infectious diseases worldwide.”

Often known as as blood poisoning or septicaemia (both bacterial infections), Sepsis can also develop from viral or fungal infections.

What are the symptoms of Sepsis?

The infographic below shows the most common symptoms of Sepsis. 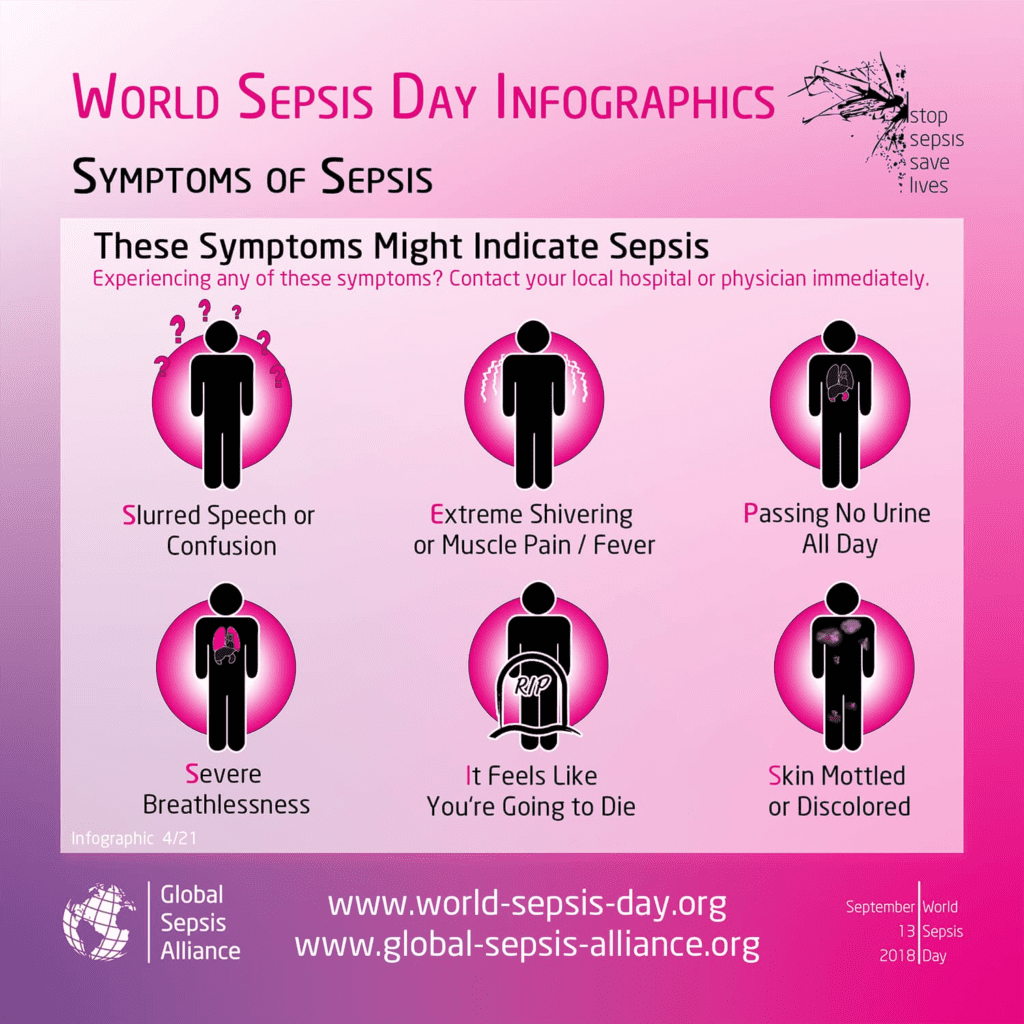 Possible symptoms of sepsis for a baby or a young child include:

Possible symptoms for an older child or an adult include:

Sepsis is a worldwide crisis, and it’s only through awareness that we can start reducing the horrifying statistics. 30 million people are affected every year, around 9 million of those die. This equates to one death every 3.5 seconds from sepsis. And many surviving patients suffer from the consequences of sepsis for the rest of their lives.

Warriors Women will hold a Sepsis Awareness Day on Sunday December 1, which includes a game against Bristol Bears Women. The aim is to fill the Sixways Stadium, so if you want to get involved get your tickets today.

Our website design agency in Dudley wanted to show their support. We are extremely proud to partner alongside Sepsis UK in sponsoring Warriors Women, and look forward to supporting them for the 2019/20 Tyrrells Premier 15s season. And we couldn’t agree more with Dr Ron Daniels, Founder and CEO of The UK Sepsis Trust when he said: “The key to ending preventable deaths from sepsis is empowerment and we are so grateful to Warriors Women for giving us the opportunity to raise awareness of sepsis in communities and families, helping them to feel able to ‘Just Ask: Could it be sepsis?’

“The awareness and funds raised will be pivotal in continuing the fight against sepsis and saving lives all over the UK.”

People describe Dudley as the ‘capital’ of the Black Country. The region, became the ‘Black Country’ in the mid-nineteenth century. This was because of the smoke from the thousands of ironworking foundries and forges. Then it also became a metropolitan borough in 1974. Dudley was also one of the first cities in the United Kingdom to experience the Industrial Revolution. It became a manufacturing centre in the nineteenth century thanks to its iron, coal, and limestone factories. This lasted until the 1980s, when they started to decline and relocated their commercial centre to the Merry Hill Shopping Centre nearby.

I'm fine with this

We use cookies to give you the best online experience.

Please let us know if you agree to all of these cookies.

Some of the cookies we use are essential for the site to work.

To control third party cookies, you can also adjust your browser settings.