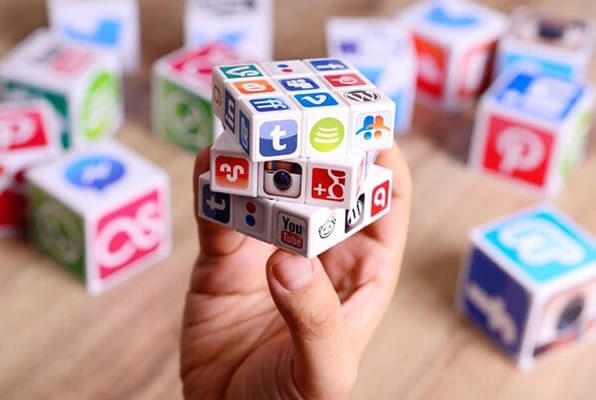 AIM Internet, a social media agency based in Dudley (Black Country) yields some impressive results. The number of businesses using it has grown year-on-year for over a decade. This means if you’re not using it, you’re missing out on an entire audience. Also, the chances are, your competitors are making the most of it.

Despite the stats, it remains a massively underrated marketing method. Yes, your business probably has social media, but the question is; are you maximising it? Social media needs to be expertly managed, planned and budgeted for, not just an afterthought.

Used effectively, social media is one of the best ways to build your reputation and attract new traffic. So what possible reason do people have to still be ignoring it?

1. The idea that Social Media is for narcissists and young people

No matter what your business, social media is relevant. Amazingly, some people still believe that it’s just a fad or tool for narcissism. But whatever you believe, the statistics speak for themselves. Facebook, for example, has over 1.2 billion users and is growing every second. This simply highlights how important it is to tap into such a phenomenal market.

2. People don’t view it as a reputable advertising source

Some people are still struggling to marry the phrase ‘business’ together with ‘social’. How can the two go hand in hand? They also don’t see it as a reputable advertising source. After all, how can anything that is (sometimes) free be worthwhile?

Related: How to stay safe on social media and protect your business brand.

Measuring the ROI (return on investment) of social media isn’t easy. Unlike PPC and on-site conversions it doesn’t provide tangible statistics. But what it does do is attract a loyal following of people who like your brand. Consequently, improving your reputation and brand awareness. This also leads to increased customer engagement, which in turn, will lead to increased sales and revenue.

4. It’s not worth the hassle. Joe Bloggs said it was rubbish.

People find reasons to avoid something. They use anecdotal evidence as a basis for their opinions. For example, they may know someone who tried it but said it didn’t make a blind bit of difference. Therefore they’re not going to waste their own time. The problem with this is, every business is different. It requires a personalised strategy. It certainly doesn’t represent the average across multiple businesses.

5. ‘It wouldn’t be suitable for my business’ mind-set.

People often believe that only particular industries are earmarked for social media. Or, only bigger companies can use it effectively as they have the money to invest. It’s true, an effective campaign often requires a certain level of investment. But like anything, you need to tailor it, to meet the needs and budget of your business. Social media marketing can be used and beneficial to just about any company, you just need to plan your approach.

7. Lack of time and monetary investment.

Social media needs to be taken seriously as a marketing tactic. For an effective campaign, it needs to have a strategy, research and an expert to execute it. More often than not, this means bringing in a social media management experts, which can be daunting for some businesses. However, it’s worth every penny.  If you’re not willing to make the investment, you’re never going to see the full potential of its power.

Are you ready to move your business forward and increase your ROI? Talk to a member of our team today on 0870 062 8760. AIM Internet’s, social media team at our Dudley agency will be happy to help.

If you’ve found this page through a Google search, your company is almost definitely based in Dudley. As a result, you’ll be aware the name “Black Country” was allocated in the mid-nineteenth century. The smoke from the thousands of ironworking foundries and forges was the cause of this. The Black Country’s ‘capital,’ Dudley, is known as such. It was founded in 1974 as a metropolitan borough in the West Midlands region of England. Dudley was also one of the locations where the Industrial Revolution began. With its iron, coal, and limestone factories, it became a manufacturing centre in the nineteenth century. This was until the 1980s, when they began to decline and moved their commercial centre to the nearby Merry Hill Shopping Centre.

I'm fine with this

We use cookies to give you the best online experience.

Please let us know if you agree to all of these cookies.

Some of the cookies we use are essential for the site to work.

To control third party cookies, you can also adjust your browser settings.